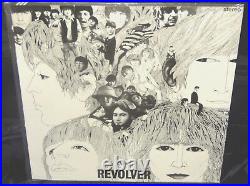 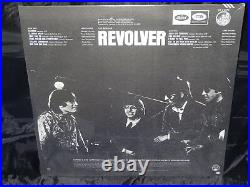 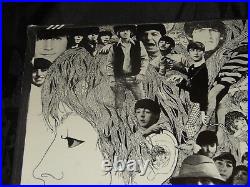 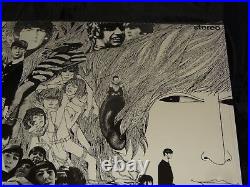 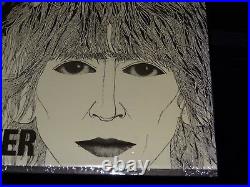 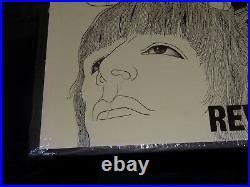 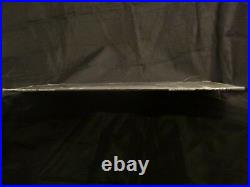 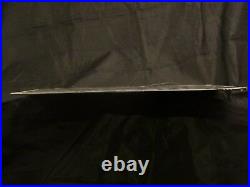 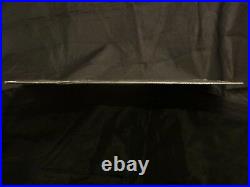 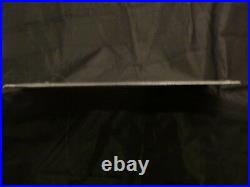 Beatles Revolver Sealed Vinyl Record Lp Album USA 1969 Club ST 8 2576 Riaa 16. Product Code: ST 8 2576. Format: Virgin Vinyl LP - Original Factory Sealed. Green Label Record Club pressing, 1969-71, with an "8" added to the catalog number. Record Club edition also identified with 3 black stripes at top left border of jacket. Factory designation #16 (Jacksonville plant) on the back, lower right corner. All the rules fell by the wayside with Revolver, as the Beatles began exploring new sonic territory, lyrical subjects, and styles of composition. It wasn't just Lennon and McCartney, either -- Harrison staked out his own dark territory with the tightly wound, cynical rocker "Taxman"; the jaunty yet dissonant "I Want to Tell You"; and "Love You To, " George's first and best foray into Indian music. Such explorations were bold, yet they were eclipsed by Lennon's trippy kaleidoscopes of sound. His most straightforward number was "Doctor Robert, " an ode to his dealer, and things just got stranger from there as he buried "And Your Bird Can Sing" in a maze of multi-tracked guitars, gave Ringo a charmingly hallucinogenic slice of childhood whimsy in "Yellow Submarine, " and then capped it off with a triptych of bad trips: the spiraling "She Said She Said"; the crawling, druggy "I'm Only Sleeping"; and "Tomorrow Never Knows, " a pure nightmare where John sang portions of the Tibetan Book of the Dead into a suspended microphone over Ringo's thundering, menacing drumbeats and layers of overdubbed, phased guitars and tape loops.

McCartney's experiments were formal, as he tried on every pop style from chamber pop to soul, and when placed alongside Lennon's and Harrison's outright experimentations, McCartney's songcraft becomes all the more impressive. The biggest miracle of Revolver may be that the Beatles covered so much new stylistic ground and executed it perfectly on one record, or it may be that all of it holds together perfectly. Either way, its daring sonic adventures and consistently stunning songcraft set the standard for what pop/rock could achieve. Pepper, Revolver stands as the ultimate modern pop album and it's still as emulated as it was upon its original release. A2 Eleanor Rigby 2:11.

B2 For No One 2:03. B3 I Want To Tell You 2:30. B4 Got To Get You Into My Life 2:31. B5 Tomorrow Never Knows 3:00. THE VIRGIN VINYL ALBUM IS STILL ORIGINAL FACTORY SEALED. PASTE ON COVER IS STILL SEALED AND COVERED IN ITS ORIGINAL FACTORY SHRINK WRAP W/ SOME CORNER SEAM AND A SMALL SEAM SPLIT ON TOP. NO OTHER IMPERFECTIONS ON THE COVER. No stickers No creases No cut-out (drill) holes No cut-out corners No saw-marks or indents No dirt/dust rubbing stains (friction marks caused by rubbing against other covers) No yellowing from aging No writing No tape No water damage No warping No wax, glue, paint or liquid drops on the cover No glue traces or wax residue. Please use all the pictures to help with the condition.