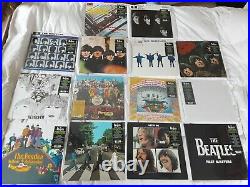 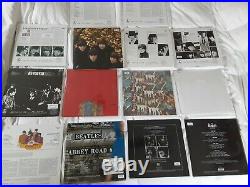 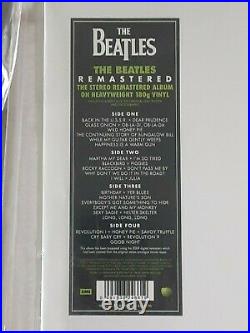 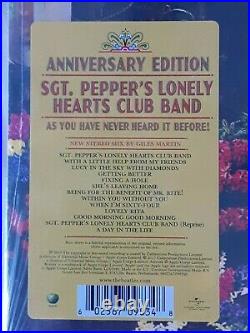 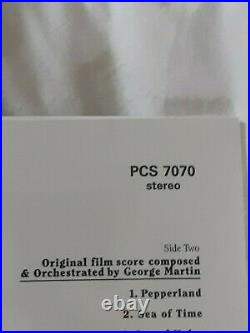 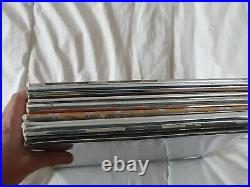 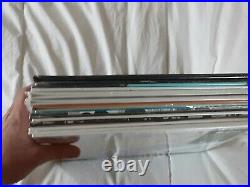 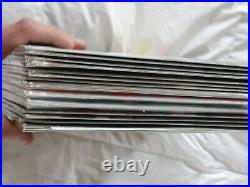 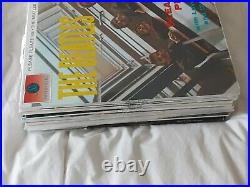 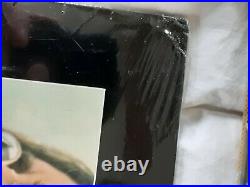 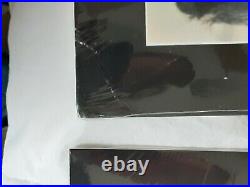 First things first, this is the complete Beatles Stereo LP collection but there is no actual box or book from the box set. I bought these all individually to make my own collection of these awesome LP's and have assembled all of the German/Optimal Media pressings of these discs all still new/in shrink - the hard part is done! I did end up getting a box set a couple of years ago and it was a mix of German, US, and Canadian pressings of these albums. If you don't already know of have not experienced the frustration of these it was a bit painful. The US and Canadian pressings just did not have the high quality as the German Optimal pressings. They were riddled with pops/ticks and had non-fill and other defects of some sort. Maybe not all but almost every one I encountered had something about it that made me ditch them and seek these out. Well, after much debate and thought.

I have decided that up until Yellow Submarine, all the previous albums were issued/mixed with the mono version being the Beatles' primary concern. I have just acquired the mono box and since I have a stereo box already, these additional/back up copies are just not needed any more. I like the mono versions so I can't see the need to keep these and hope someone else will enjoy them. These are all the Stereo pressings of all 14 studio albums plus the Past Masters discs. Peppers is the 2017 Giles Martin remix, all the others are the 2012 vinyl releases which I believe are the 2009 remasters.

My experience is that the early boxes were mostly Rainbo or GZ Media pressings and the later ones are a total mixed bag of several difference pressing companies. These are all the Optimal pressings so you won't have to hunt all over creation like I did to find these and get them all in one collection. Things I want to note: Sgt. Peppers does say Made in EU, I do believe however that this single disc reissue of this album was only pressed in the US by QRP and in France by MPO.

So this is likely the French/MPO pressing from what I've found on Discogs. Let It Be was handled quite a bit before I got it and the bottom two corners have some bending in them. The top spline has a small split starting. Yellow Submarine has a small crease on the top right of the back cover.

These are the only notable issues that I have found. If you want more pictures of any album or have any questions at all please do not hesitate to ask me. Since these are sealed the discs are presumed to be Mint and as new.

I have had almost zero issue with all my other Optimal copies but you don't know for sure until you open the shrink. I try to be honest and upfront about everything and I don't sell junk or fraudulent copies knowingly. The item "NEW SEALED The Beatles Stereo Vinyl Albums Only all Optimal pressing LP's" is in sale since Tuesday, April 6, 2021. This item is in the category "Music\Records".

The seller is "karno83" and is located in Ravenna, Ohio. This item can be shipped to United States.