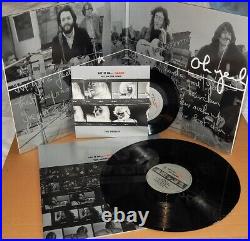 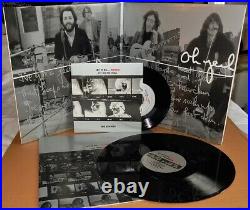 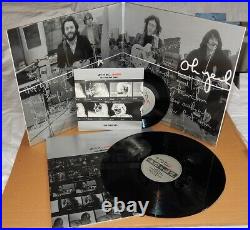 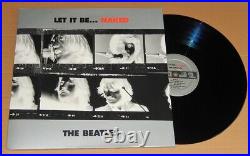 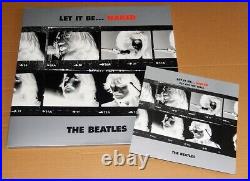 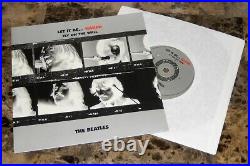 Please note that this album was NEVER RELEASED IN THE US on VINYL. Beautifully packaged with gatefold sleeve; Includes a gorgeous 12 x 12 glossy 20 page booklet + a FREE BONUS 7 DISC entitled Fly On The Wall which contains music and dialog which provides a unique insight into the BEATLES at work in rehearsal and in the studio during January 1969! Long out of print, this original UK vinyl pressing is highly sought after and almost impossible to find BRAND NEW!

Ships bubble-wrapped in a custom heavy cardboard 14 x 14 over-sized package for guaranteed protection. FURTHER INFO ON THIS RELEASE : > PRODUCER: George Martin, The Beatles > ALBUM NOTES: Includes liner notes by Kevin Howlett and interview excerpts with The Beatles from the original LET IT BE book. In its original form, LET IT BE signaled the end of an era, closing the book on the Beatles, as well as literally and figuratively marking the end of the'60s. The 1970 release evolved from friction-filled sessions the Beatles intended to be an organic, bare-bones return to their roots. Instead, the endless hours of tapes were eventually handed over to Phil Spector, since neither the quickly splintering Beatles nor their longtime producer George Martin wanted to sift through the voluminous results. NAKED sets the record straight, revisiting the contentious sessions, stripping away the Spectorian orchestrations, reworking the running order, and losing all extemporaneous in-studio banter. On this version of the album, filler tracks ("Dig It, " "Maggie Mae") are dropped, while juicy b-side "Don't Let Me Down" is added. The most obvious revamping is on the songs handled heavily by Spector. Removing the orchestrations from "The Long and Winding Road" and "Across the Universe" gives Paul McCartney's vocals considerably more resonance on the former, doing the same for John Lennon's voice and guitar on the latter.

This alternate take on LET IT BE enhances the album's power, reclaiming the raw, unadorned quality that was meant to be its calling card from the beginning. > EDITORIAL REVIEWS : 5 stars out of 5 - The cleaning up, editing and re-sequencing has brought out a warmth and depth of colour we've not heard before... Some of these changes are for the better. The sonic clarity is welcome and the revamped album concludes, as the original should have, with the title track, one of the most moving songs McCartney ever wrote...

3 stars out of 5... It's nice to have the sparer rendition of'Across the Universe' that Lennon recorded, and the sonic improvements to the album as a whole are undeniable... The item "THE BEATLES let it be naked RARE 2003 LTD UK 180G VINYL LP + 7 orig press NEW" is in sale since Wednesday, March 3, 2021. This item is in the category "Music\Records". The seller is "arnoldhorshack" and is located in Watkins Glen, New York.