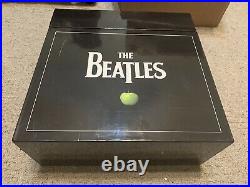 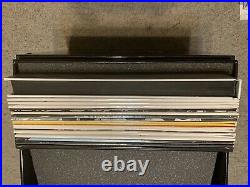 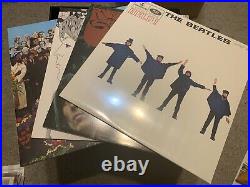 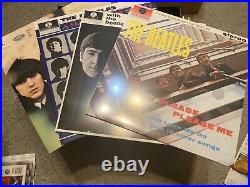 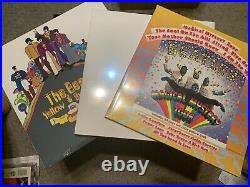 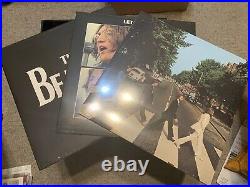 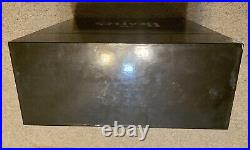 Manufactured on 180-gram, audiophile quality vinyl with replicated artwork, the 14 albums return to their original glory with details including the poster in The Beatles (The White Album), the Sgt. Pepper's Lonely Heart Club Band's cut-outs, and special inner bags for some of the titles. The albums are accompanied by a stunning, elegantly designed 252-page hardbound book in a lavish boxed edition which is being in limited quantities worldwide.

The book, exclusive to the boxed edition, is authored by award-winning radio producer Kevin Howlett and features a dedicated chapter for each of the albums, as well as insight into the creation of the remasters and how the vinyl albums were prepared. The 12"x12" book showcases a wealth of photographs spanning The Beatles' recording career, including many images which were not included in the 2009 CD booklets. The titles include The Beatles' 12 original UK albums, first released between 1963 and 1970, the US-originated Magical Mystery Tour, now part of the group's core catalogue, and Past Masters, Volumes One & Two, first released individually in 1988, featuring non-album A-sides and B-sides, EP tracks and rarities. With this release, The Beatles' first four albums make their North American stereo vinyl debuts.